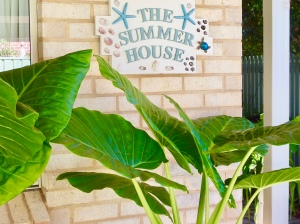 As everyone who knows us will attest, that title will sound like business as usual. However, surprise, surprise! The answer is we’re staying put in the Summer House, at least during the summers, for a few years to come yet.

We’ve been at sixes and sevens finding it hard to put down roots again. We had been thinking we’d need to rent this little house out at some stage so as we could go over to Tassie and get our house there ready for market. That wouldn’t have been any hardship, as we would have enjoyed spending another year over there. It would have been renting out the Summer House that would have been difficult. We’ve put so much into the garden here.  It would have been hard to trust that to the care of a tenant.

We floated the Tassie house on the market not expecting much to come of it, not with a tenant in place. However, we received three offers in quick succession (one of which was from the tenant) which means we don’t have to go down that road. The sale will settle next week, so Paul is currently over there sorting through our stored goods and selecting what needs to be brought back here. The removalist is meeting him there on Monday, so Paul will be on the plane to come back home early on Tuesday morning.

We’ve found ourselves often saying, “we’ve got that – but it’s in Tassie”, high pressure cleaners, hedge trimmers, crystal glasses, coffee percolator, the good TV, the good DVD player, my jewellery…… that’s coming back now, and with it’s arrival, and the Tassie house gone, we’re hoping we’ll be able to settle to where we are. It’s felt a bit like we’ve had a foot in two different states.

We’re on our way to sorting out the other problem we have with our little house – the sometimes very loud highway noise. There’s a wide verge of peppermint trees between our house and the highway, but it could be denser. I’ve approached the shire, and they’re coming to the party. Several more trees have been ordered and will be added to the verge as soon as the winter rains arrive. We’re adding to that with our own plantings of native shrubs on our side of the fence. However, at times like Christmas and Easter holiday periods, no amount of trees come close to blocking the traffic noise. So, onto plan B……

And what’s plan B you ask? It’s taken a lot of research to come up with. This is it:

We’ve invested in a white noise machine for our bedroom. It puts out a noise like a fan, and we have it on our window sill. It’s brilliant. We can have our window wide open and when the traffic starts up at 5am, we hear it if we try hard, but it now sounds very distant.

Next, we’ve researched water features, which apparently will do a similar job outside of distracting from the highway noise if placed properly in the garden. However, we’d need several in different spots. Instead we’ve purchased a wilderness stream and nature sounds CD. Wherever we’ve placed it so far, it seems to be doing the trick. Next thing is to get speakers strategically placed in the verandah ceiling and get the pleasant nature sounds to all the needed places. Fingers crossed! 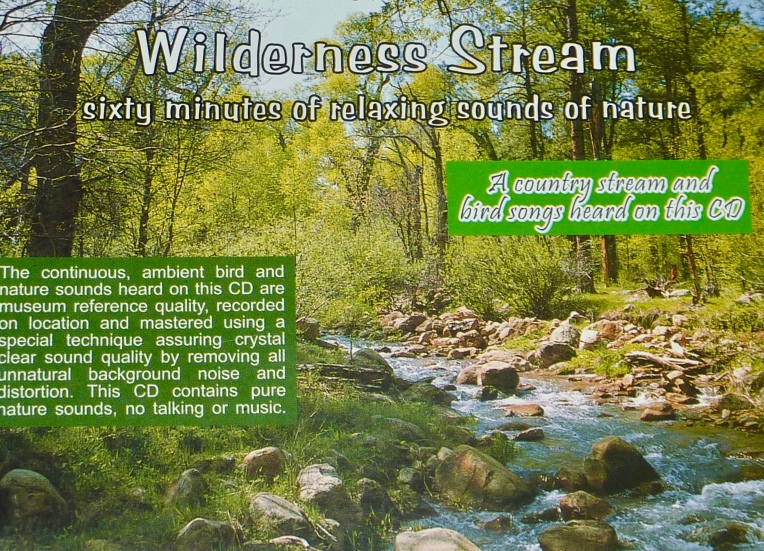 Yeh! I love it when solutions to problems are found. It took a while, but I think it’s going to work.

What a pleasure it’s going to be to sit outside listening to the sounds of nature and watching our garden grow. Our plumbago is now in full bloom, and by next summer it should be creating the display it was planted for. The lacy plumbago can look somewhat scraggly on it’s own, but several years ago I saw one growing full and beautiful with a solid border of blue agapanthus. It looked magnificent, and I’ve wanted to duplicate it ever since. It’s well on the way.

Our neighbour’s honeysuckle pokes through our fence. Rather than snip it off we’ve been training it along our side too. It’s starting to cover well now, and smells divine.

Paul’s painted our old chairs and we sourced some new cushions for them. We still have our big patio out the back with a big table and chairs under it, but now we also have a little veranda setting on the quiet side of our house. It’s very peaceful to sit there in the summer with our lunch and a glass of iced water.

I think we’re going to settle into our little Summer House for a few years to come yet. It’ll only be for the summer of course. Our new caravan should arrive at the beginning of winter, and that should see us hitting the road for few months of Gypsy life style, to ensure boredom doesn’t get a chance to take hold –  best of both worlds.

Oh – and I forgot to mention, my moon-boot came off on Tuesday, so I’m now seeing a physiotherapist. It’ll still be a while before I can wear normal shoes. Currently it’s either back-less shoes that don’t press on the scar (Birkenstocks), or my hiking boots for walking. I’m a way off being able to tackle beach sand in bare feet yet, but hey – compared to a moon-boot, I’m in seventh heaven.